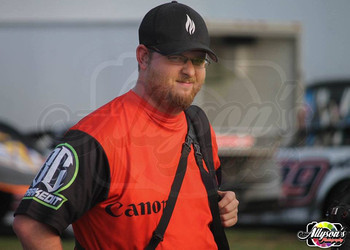 Brendon Bauman Photos was started in 2010 by Brendon Bauman, of Fairview, Illinois. Bauman has been behind the lens since 2010 as he was a part of the Spoon River Valley High School Yearbook editing staff before being the Senior Editor for his final two years of high school.

In 2011, Brendon decided that photography was something that he had a knack for and potentially saw a future with it. He was a staff photographer for "Dirt Racer Magazine" from 2012-2016 Bauman is currently a contributing photographer to "Speedway Illustrated", Three Wide Media's "Dirt Monthly", SPEED SPORT, along with DirtonDirt.com and other media outlets for dirt track racing.

In 2013, Bauman was hired as an associate photographer for Kayleigh Kemper Photography to assist with weddings, where he captured these events through 2016.  In April 2015, Brendon was hired by Inter-State Studios as a sports photographer, where he photographed athletics in local schools until 2017.

When not behind the lens of a camera, Bauman can be found weekly at Peoria Speedway, helping both his father and brother with their racing programs.

Bauman can be found throughout the summer traveling to many of the race tracks in Illinois. Stay locked in with Brendon Bauman Photos by having your browser set to BrendonBauman.com , or follow BBP on Social Media Outlets like Facebook by clicking here, on Twitter at @BrndnBmnPhotos and Instagram at @brendonbaumanphotos